Rock and roll (often written as rock & roll or rock 'n' roll) is a genre of popular music that originated and evolved in the United States during the late 1940s and early 1950s,from African-American musical styles such as gospel, jazz, boogie woogie, and rhythm and blues, with country.While elements of rock and roll can be heard in blues records from the 1920s and in country records of the 1930s,the genre did not acquire its name until the 1950s."Rock and roll" can refer either to the first wave of music that originated in the US in the 1950s prior to its development into "rock music", or more broadly to rock music and culture.For the purpose of differentiation, this article deals with the first definition.In the earliest rock and roll styles of the late 1940s and early 1950s, either the piano or saxophone was often the lead instrument, but these were generally replaced or supplemented by guitar in the middle to late 1950s. The beat is essentially a blues rhythm with an accentuated backbeat, the latter almost always provided by a snare drum. Classic rock and roll is usually played with one or two electric guitars (one lead, one rhythm), a double bass or string bass or (after the mid-1950s) an electric bass guitar, and a drum kit.Beyond simply a musical style, rock and roll, as seen in movies and on television, influenced lifestyles, fashion, attitudes, and language. In addition, rock and roll may have contributed to the civil rights movement because both African-American and white American teens enjoyed the music. It went on to spawn various genres, often without the initially characteristic backbeat, that are now more commonly called simply "rock music" or "rock". 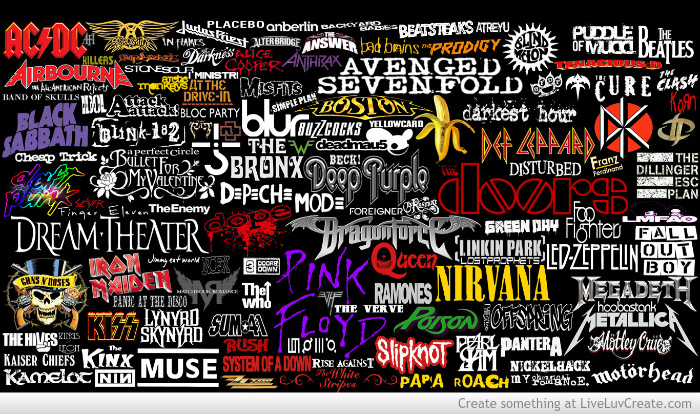